This past January, the athletic department of the University of Chicago announced that women’s lacrosse would be advancing from a club sport to a varsity sport. This development is important for the women on the team, as they will now have access to trainers, coaches, and facilities that they did not previously have. In addition, the university pointed out that this new development means it now has an equal number of varsity sports teams available for both men and women.

While having equal athletic opportunities for students of both sexes is a positive step, it is important to realize that having unequal opportunities can be viewed as sex discrimination in violation of Title IX of the Education Amendments Act of 1972.1 As stated on the website of the National Collegiate Athletic Association (NCAA),2 Title IX requires that schools provide equitable opportunities for both men and women to participate in athletics. Teams do not have to be identical for each sex, but both sexes must have equal opportunities to participate and play sports.

What the University of Chicago failed to address in its announcement regarding the new team was the fact that the institution had a Title IX complaint filed against it last fall regarding violations by the athletic department. According to reporters from the school,3 the complaint was filed with the Office of Civil Rights and included the following information:

The Office of Civil Rights requested relevant information from the university president in December, and the women’s varsity lacrosse team was announced shortly thereafter. While the school administration and athletics department deny that the new team had anything to do with the Title IX complaint, the woman who filed the complaint withdrew it not long after the announcement.

Find an Attorney Who Understands Your Position

Title IX is a complicated law that can be misinterpreted easily by many school officials and administrations. However, this law also provides many extremely important protections and rights that can be very personal for students. Not having equal opportunities to play sports at school can significantly affect the educational experience for many women. Furthermore, the law affords you the right to be free from discrimination, and you should fight for your rights if you believe your institution is in violation of the law.

Title IX battles can be challenging, however, as no school wants to admit that its athletics department may be in violation of the law. For this reason, you want to seek the guidance of a highly experienced Title IX attorney who understands your position and the legal process and can help you achieve your goals.

Felice Duffy is the attorney for you. Her own educational and professional experiences give her a unique and personal understanding of the ways Title IX can affect women’s collegiate athletics. Take the following into consideration regarding attorney Felice Duffy:

Few attorneys are more qualified to assist you with a Title IX claim related to women’s athletics or any other form of discrimination.

Discuss Your Situation with an Experienced Title IX Attorney Today

If you would like to consult with Duffy Law regarding a possible Title IX complaint, please contact our Connecticut Title IX lawyer at 203-946-2000. 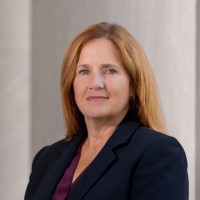